Faze Action – Body of One 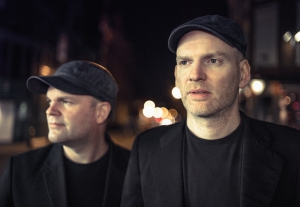 Faze Action ‘Body Of One’

I must be getting old because I can very clearly remember getting sent the Nuphonic promo for Faze Action’s In The Trees, their mid to late nineties breakthrough. I can also recall the first wave of disco revivalism that was happening around that time with Dave Lee, Black Science Orchestra and Basement Jaxx as well as Faze Action. What’s to say is that brothers Simon and Robin Lee (no relation to Dave) have been around the block a few times, with four albums and various singles behind them and they were doing what they were doing eons before nu-disco pretenders like Hercules and Love Affair, Todd Terje, Horse Meat Disco and LCD Soundsystem and also some years before disco was a twinkle in Daft Punk’s eye.

It seems apposite to mention Daft Punk because they’re one example of a production duo that have traversed from making very obscure dance singles in the early to mid 90-s to current world domination – albeit with a disco sound. And I would say that with the very confident pop disco offering that is Body Of One, Faze Action deserve some of that mainstream attention too. Listening to this album I thought that really, this is the sort of music they should be playing on daytime Radio 1, rather than the ubiquitous synthetic Euro trance that STILL passes these days for R and B.

Like Daft Punk co-opting Nile Rodgers to funk up their sound, Faze Action have got another legend to gild their disco odyssey. Zimbabwean vocalist, songwriter and percussionist Zeke Manyika (formerly of Orange Juice, The Style Council and The The) sings on Body of One which, which whilst not as strong as the opening track Prisoner Of Your Love – which should be packing dancefloors everywhere – has a certain insouciant charm.

It would be disingenuous to suggest this was a pure disco album, yes there are Arthur Russell and Nile Rodgers influenced shimmering disco epics such as the aforementioned Prisoner of Love, Echoes of Your Mind and Freak For Your Love but there is also leftfield pop in the form of Stuck and Floating World (very post punk) and some pretty classic Chicago house influences tracks – Time By Your Side and Magic Touch.

All told it’s a confident record that has listening appeal far beyond the dancefloor. I’m not going to say they’re the new Daft Punk because that would be lazy and inaccurate – they pre-date Daft Punk in their revival of disco. But they certainly should be part of the mainstream pop landscape.

(This review was first published in Electronic Sound magazine – for iPad)